On May 7th 2021, Night Beats – the Texas-born brainchild of Danny Lee Blackwell – released their fifth full-length, ‘Outlaw R&B’, via Fuzz Club Records. Made during the height of the California wildfires (where Blackwell currently resides), rioting in the streets and a nation in lockdown, the raucous technicolour rock’n’roll of ‘Outlaw R&B’ is a call to rejoice in some sorely needed post-apocalyptic hedonism.

Emerging out of Giverny, Normandy, You Said Strange became a mainstay of the European underground long before they headed over to Portland to record their highly-anticipated debut album with Peter Holmstrom of The Dandy Warhols.

Dining on an influence of The Velvet Underground, The Brian Jonestown Massacre and Ride – though delivered with their own insatiable, forward-looking French charm – You Said Strange carve out an intoxicating, heady sound of shimmering guitars and reverb cloaked vocals that’s just as potent when drifting into full-blown fuzz-overloads as it is when dealing in jubilant, earworm melodies that’ll get stuck in your head for hours.

Trip Westerns are a rock n roll five piece formed and based in Brighton. Taking influence from roots rock, blues and the electrifying psych bands of past and present. 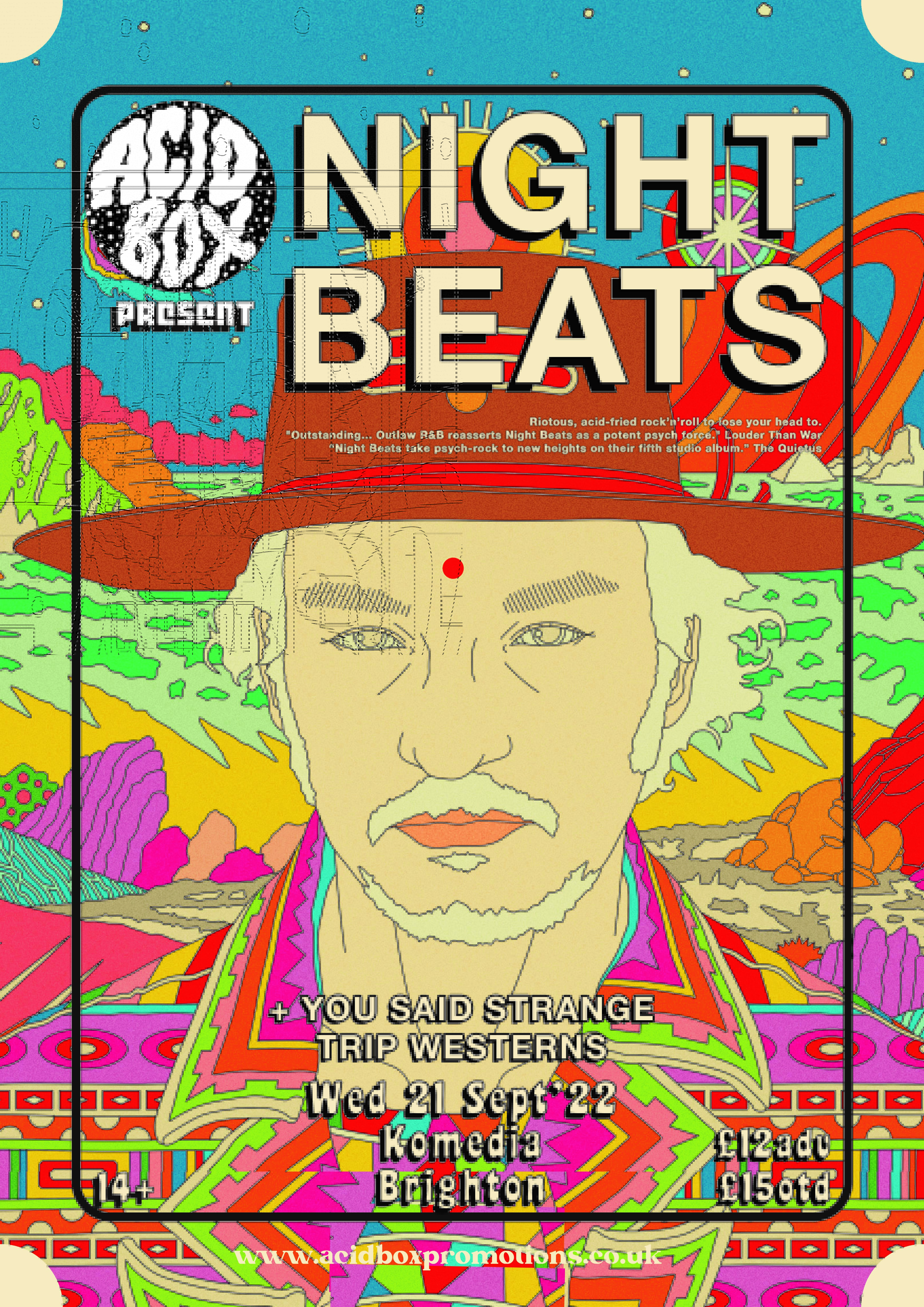 THIS EVENT WILL TAKE PLACE IN THE KOMEDIA BASEMENT