Pulsating with tribal drumbeats and chanting from the soul of Africa, African Head Charge fuse together primal rhythms with heavy psychedelic dub, roots reggae, and 21st-century electronica. A unique blend of polyrhythmic outernational sounds. Formed originally as a studio project in 1981, the London-based collective has gone on to achieve legendary cult status, creating 13 albums and gracing stages across the world, from Australia and New Zealand to Glastonbury music festival.

With a deeper, darker and heavier live sound than ever before, the collective is once again ready to enrapture their global fan-base, as well as reach out to a new generation of fansaround the world. From roots right through to rave.

Support comes from
The genius of ADRAIN SHERWOOD presented by On-U-Sound archivists Ramses Hoppa and Dr.Dub 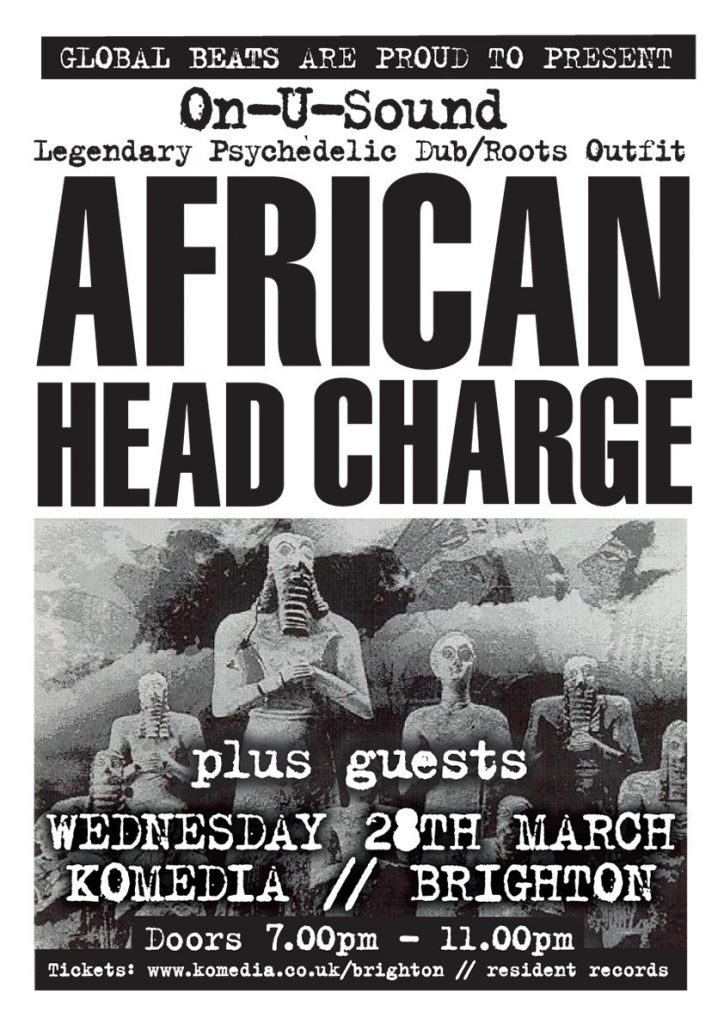